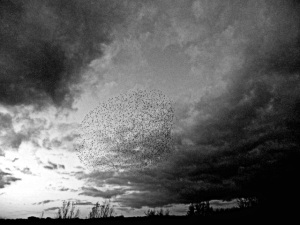 There is a lovely if chilling flight of fancy in Jules Pretty’s newly published appreciation of the East Anglian landscape, The East Country. Reflecting on Britain’s thousands of lost villages, which over time disappeared from the landscape as a result of war, plague, economic abandonment or other catastrophe, the author imagines how a new wave of end times will occur when nature finally takes back control:

Pavement and walkway would be quickly overrun by grass and flower, which given low nutrient status would mean highly diverse meadows. Expect many orchids.

Existing grasslands and parks would grow tall, then scrub and trees invade. Lawns would take on bramble and birch, becoming scrubby wood within fifteen years. Houses would disappear, like those Mayan ruins. Solar panels would continue to generate electricity, but no one would use it; wind turbines would turn until high gales ripped them apart. Existing woods would darken to dense forest, but some would be eaten out as deer invaded in growing numbers. Many fox would survive, as would badger. Pond and swimming pool would clog with reed; there would be dragonfly and damselfly. The rivers at low bridges would be blocked with debris, water spilled over banks to create wetlands. Beaver would spread.

The Conradian horror continues, as Pretty anticipates the slow extinction or reversion to a feral state of domesticated animals and livestock, the dereliction of all built structures, and ultimately the disappearance of all we thought might last for generations to come if not forever. Richard Jefferies offered a similar dystopian vision in After London or Wild England, but Pretty’s nightmare seems more credible today, attuned as he is to the latest forms of economic and technological hubris. 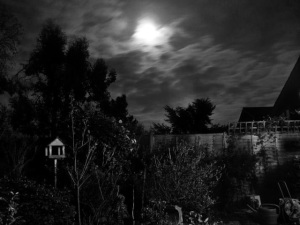 Happily all is not doom and gloom in The East Country. The book is a vivid calendar of the seasons, as seen from the author’s garden window, widening out to reflections on walking in the wide-skied terrain of Suffolk and north Essex, home territory of most of his life. There is a kind of zen aesthetic underlining Pretty’s experience of the everyday world, stitched into place by his own short affecting poems, along with citations from Bashō’s The Narrow Road to the Deep North and writers from the Black Mountain school.

Like Richard Mabey, Pretty reveals a rich taxonomic imagination in his knowledge of indigenous and migrant flora and fauna to be found in the region – he is a distinguished environmental scientist in his own right – which makes his concern with continuing environmental degradation prescient and trustworthy.

There are other anxieties too, which give the book its sense of urgency. In the period covered by his diaries, the author’s ageing father’s failing health leads to hospitalisation, and eventually death, all of which weigh heavily on the diarist’s own sense of mortality, having shared a love of the same windswept foreshore and meandering river-courses of the Suffolk coast and heartland. One of the most moving poems reads:

I could not believe I fell asleep in a dream.
I was walking with my father,
Yet felt so tired.
Nothing in the dream was reference to any place in the known world.
I fell asleep,
But was already asleep.

Some of the descriptive passages in what is a composite almanac derived from a number of years of observation can be dated from the weather extremes described – the summer when temperatures reached 35 plus degrees for days on end, the winter when it rained continually for more than a month, drowning all the fields, or a recent November evening when high tide on the East Anglian coast briefly reached 1953 disaster levels – causing Pretty to wonder whether seasonality, as once celebrated, is losing its symbolic and therefore emotional resonance.

Change is constant in the region, though now less patterned by the weather, and not always for the worst. The climate will certainly grow warmer but there may be more extreme weather events. The little egret is here for good, and no doubt other exotic birds will follow. A well-known advocate of re-wilding, Pretty looks forward to the return of sea eagles to the Suffolk coast – a small compensation in an uncertain environmental future, but uplifting nevertheless.

For much of the twentieth-century the literature of landscape and place was in the hands of conservative thinkers and writers – extremely so in the case of the notorious James Wentworth Day – and it is rewarding to see how the terrain has been secured today by more generous and outward-looking imaginations, as is evident in this deeply felt and open-hearted book.

The East Country can be obtained with a 25% discount by citing 09EAST and ordering from: https://www.nbninternational.com/checkout/?isbn1=9781501709333